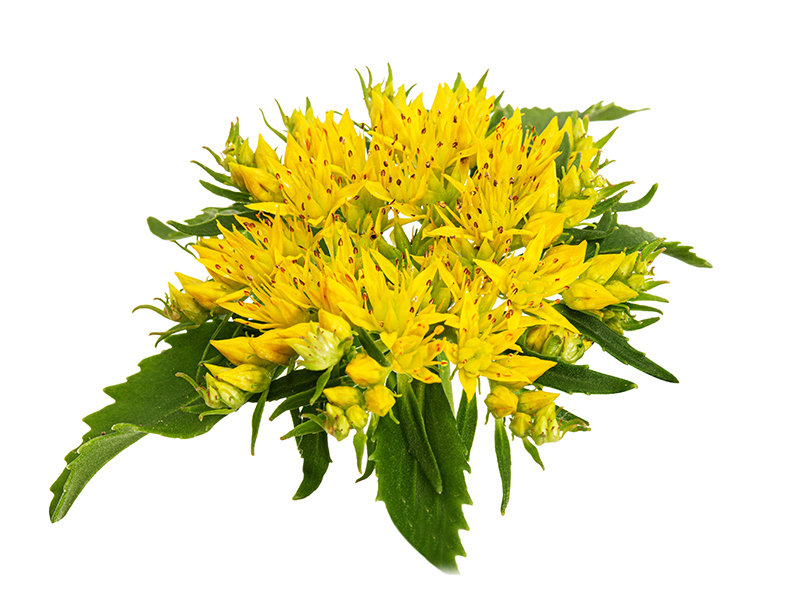 Rhodiola rosea roots are considered adaptogens, meaning they help your body adapt to stress when consumed. Its root contains more than 140 active ingredients, the two most potent of which are rosavin and salidroside.

What are Rhodiola Rosea benefits?

Rhodiola Rosea, also known as arctic root or golden root, is an herb of the genus Rhodiola, in the family Crassulaceae, and is a popular herb for its ‘adaptogenic’ properties (reducing fatigue and exhaustion in prolonged stress situations). The main chemicals thought to be responsible for Rhodiola rosea’s effects are rosavin and salidroside. And according to studies, Rhodiola Rosea has shown evidence of several benefits to the body, significantly reducing fatigue and exhaustion that come from stress and anxiety. The herb was also able to show results in exercise performance, as evidence showed that acute supplementation before exercise can reduce fatigue. Mood improvement was also one of the benefits of Rhodiola Rosea consumption. In addition, Rhodiola Rosea has also been shown to be beneficial in reducing symptoms of depression, controlling diabetes, and also preventing certain types of cancer.

The influence of adaptogens on ultraweak biophoton emission: a pilot-experiment

The influence of supplementation with Rhodiola rosea L. extract on selected redox parameters in professional rowers

The muscles are responsible for body movement, stabilization, regulation of organs, substance transportation and production of heat in addition to being strongly associated with the circulatory and nervous systems. Muscle quality is essential for well being. Supplements that help keep muscles healthy are related to different factors, such as glucose and insulin regulation, protein synthesis, energy metabolism, and others.