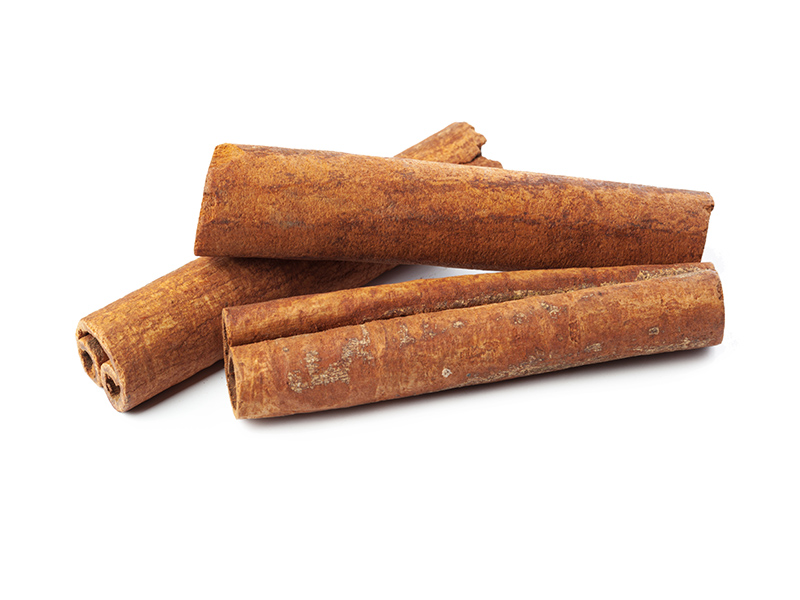 Cinnamon has a number of benefits. It helps prevent and fight diabetes by controlling blood sugar levels and increasing insulin sensitivity. This spice also has a thermogenic action andit can help to lower total and bad cholesterol, LDL, as well as triglyceride levels.

What are Cinnamon benefits?

Cinnamon has been a very popular spice in kitchens around the world, but also highly valued for its medicinal properties for thousands of years, and is capable of exerting numerous biological effects on the body. Generally, cinnamon is treated as an antidiabetic compound, since it can reduce the rate at which glucose enters the body. In this way, cinnamon not only helps diabetics to avoid blood sugar spikes but also improves the use of glucose in the cell itself. Over time, cinnamon can also reduce fasting blood glucose and, potentially, cholesterol levels. In addition, according to studies, cinnamon has a wide range of benefits, such as: rich in antioxidants, protecting the body against oxidative damage caused by free radicals; has anti-inflammatory properties, helping the body fight infection and repair tissue damage; lowers heart disease risks by reducing levels of total cholesterol, LDL ‘bad’ cholesterol, and triglycerides; improve sensitivity to the hormone insulin; beneficial effects on neurodegenerative diseases such as Alzheimer’s and Parkinson’s; may help protect against cancer; helps fight bacterial and fungal infections; may help fight the HIV.

Published articles about Cinnamon and Cholesterol and Triglycerides

Cinnamon improves glucose and lipids of people with type 2 diabetes

Effects of a cinnamon extract on plasma glucose, HbA, and serum lipids in diabetes mellitus type 2

The effect of cinnamon cassia powder in type 2 diabetes mellitus

The effect of cinnamon extract on insulin resistance parameters in polycystic ovary syndrome: a pilot study

Effectiveness of cinnamon for lowering hemoglobin A1C in patients with type 2 diabetes: a randomized, controlled trial

Specific body conditions categorize precise areas of our body, such as: Respiratory allergies; Liver; Eye health; Blood pressure; Cholesterol and triglycerides; and Blood glucose control. These areas require specific attention because they are delicate functions related to other parts of the body. Respiratory allergies, for example, are linked to the immune system, and to present an effective nutraceutical, we keep our scientific base up to date.

Turmeric is a plant from the same family as ginger, originally from Asia. It is a spice used as an ingredient for cooking or medicines. It is used ...

Ginger is a root originally from eastern countries. It is a historical medicine and can be used for headaches, migraines, blood pressure, and flow,...